If you follow this blog or publishing news in general, you know that Avalon Books was bought out by Amazon and Avalon books have been re-released - the romances by Montlake, mysteries by Thomas & Mercer, westerns by Encore. So, though we still maintain the friendships and ties we formed over the years, we can't really call ourselves Avalon Authors any more.

We're moving on and we invite you to join us at our new blog: Classic and Cozy.

Classic and Cozy will feature the kind of books readers have come to expect from Avalon Authors: sweet romances, cozy mysteries and clssic westerns. While Classic and Cozy is still a work in progress, we're kind of proud of it.

Please come visit us in our new home and let us know what you think. Feel free to leave a comment.

Avalon Authors will still be here and past articles will remain.
Posted by Sandy Cody at 1/16/2014 No comments:

The Night Before Christmas Eve 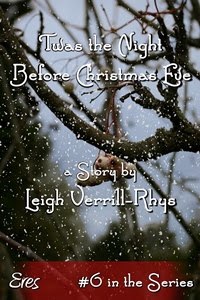 For the past twelve months, I have been writing a 6-part novel by installment: Nights Before. The final story, 'Twas the Night Before Christmas Eve, was released on December 17th, the anniversary of the publication of Charles Dickens's,  A Christmas Carol.

I began this novel in 2012 with 'Twas the Night Before New Year – a romantic comedy about a young woman, Jocelyn Tavers, whose boyfriend leaves her alone on New Year's Eve to take a skiing trip. Jocelyn determines she will not face another New Year's Eve party without a date and on that first night before the New Year, she meets three eligible hopefuls, the unwise princes.

Through a process of natural selection, self-inflicted disqualification and ultimate ineligibility, Jocelyn finds the love of her life and dreams, in time to secure a date for the last party night of the year. Through the year, she learns more about love and comes to understand what she really wants. 'Twas the Night Before Christmas Eve and its five forerunners are all available on the iBookstore, Amazon, All Romance Ebooks and other major online retailers.

On this day before Christmas Eve, I wish you all a Merry Christmas and Happy New Year! 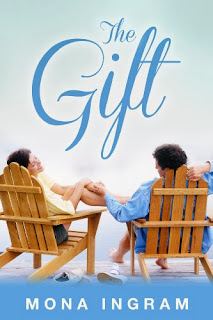 It's been about a year and a half since Amazon acquired Avalon Books, my former publisher. To be honest, I hadn't expected that those five books would see the light of day again. Boy! Was I wrong about that.
As you can imagine, it's been a huge undertaking for Amazon's Montlake division (romance) to get a handle on all those books. As one of their many authors, I requested that they consider creating new covers for my books.
Just today, Montlake has completed the new designs and uploaded them to the Amazon sales pages. They've done a great job in branding my books so they're recognizable as being from the same author. Great job, Montlake.
My worst cover - hands down - was for my last book with Avalon: The Gift. It actually came in second in a contest for worst covers ever! Here's the new cover they designed. So attractive... and it's actually a scene from the book. I've always liked this story; it takes place just north of where I live now, on a large lake in Central British Columbia known all over North America for houseboating.
If you'd like to check it out, here's the link on Amazon.
http://www.amazon.com/The-Gift-ebook/dp/B00A9TOWJC/
Posted by Mona Ingram at 11/09/2013 4 comments:

A PROUD TIP OF THE HAT TO OUR CANADIAN AUTHORS

As a contributor to this blog, I get to rub shoulders (cyberly speaking) with authors from around the world. Our group consists of writers from the U. S., Canada, Germany, Great Britain, and Australia – a pretty good representation of the globe’s surface and there may be others that I've either forgotten or don't know about.

We come from different places, but we all root for each other so we were all thrilled for our Canadian sisters (Mona Ingram and Cheryl Cooke Harrington), when we learned that Alice Munro had won the Nobel Prize for Literature. I’m not saying that I wouldn’t be pleased about the award if I didn’t know any Canadians − just that being friends with them made me feel connected to the honor.

I’m not an authority on Ms. Munro’s work, but I’ve read enough of her stories to appreciate that the prize was well-bestowed. She has a gift for capturing in a short story enough of the human condition to fill a very long, very complex novel. The stories with which I am familiar are set in rural communities and are filled with subtle details that put the reader right there. The characters are a mixture of strength and frailty, good and bad, wise and foolish. In short, they are very human human beings, people with whom I found it easy to identify. While Munro never beats a reader over the head with a message, most of her stories have that moment of clarity that literary folks like to call an epiphany. I'll just say that I find them satisfying reads.

So … kudos to the writers of Canada, past and present. You contribute much to the world of literature.

Cheryl Cooke Harrington (more about her later), told me that “way, way back in 1884, early Canadian romance author, Margaret Marshall Saunders wrote Beautiful Joe, a story about her dog. It became the first Canadian book to sell more than a million copies.” (That's a lot of books. I'm trying not to be envious.)

Mona Ingram (more about her later too) credits Mordecai Richler’s The Apprenticeship of Duddy Kravitz as the book that gave her an appreciation of a good story, well told.

Other Canadian authors I’ve enjoyed over the years are Margaret Atwood, Michael Ondaatje, Robertson Davies, and Lucy Maude Montgomery.  How I loved Anne of Green Gables! An older cousin passed the Anne books along to me and I read/re-read them until they literally fell apart.

Helping to carry on this proud tradition are two authors we claim as part of our tribe:

What happens when a thoroughly modern woman, longing to return to her roots, meets an old-fashioned hero on her first day home? Sparks Fly. And it doesn't take a forest fire, smoldering in the distance, to turn up the heat between high school science teacher Logan Paris and bush pilot Mitchell Walker.

Logan's dream of a bright future for her grandfather's lodge at remote Thembi Lake hits an unexpected snag when Gramps introduces the handsome pilot as his new partner. It seems that Mitch has plans of his own for Casey Lodge, and Logan is certain they don't include a partnership with a "city girl." Determined to prove herself and protect her heritage, Logan sets out to unravel the many mysteries of Mitch Walker. Where did he come from? Why is Gramps so willing to trust him with the future? And most disturbing of all ... what's she going to do about the undeniable attraction she feels whenever he's around?

Everyone Danielle Flynn has ever loved has left her without saying goodbye. When her Uncle Jake allows his friend Sean’s production company to shoot on his ranch, she fights her attraction to the movie’s director, Grayson Crawford. After all, Grayson is heading back to California once filming is over, and she has no intention of letting him take her heart when he leaves... with or without a goodbye.

To make things worse, her Uncle Jake, a confirmed bachelor, starts acting like a teenager every time he’s around Carmen Santangelo, the woman who plays the mother of one of the actors. But when Carmen is offered the role of a lifetime, it’s a stark reminder that she and Jake come from two separate worlds.

Torn between her love of Green Lake Ranch and her growing feelings for Grayson, Danielle learns the difference between what’s important in life, and what’s make believe.

Again – kudos, Canadian writers – and thank you! You’ve given me hours of pleasure.

Need an Antidote for the News of the World? 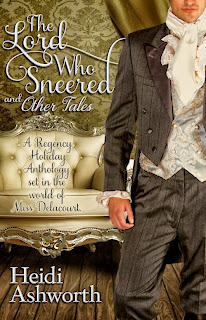 My regency holiday anthology is just the ticket!  The Lord Who Sneered and Other Tales, three heart-warming stories that will help you remember the important things in life.  Click here to buy or borrow.
Posted by Heidi at 10/03/2013 2 comments:

We are a group of authors who are all published by Avalon Books. In June 2012, Avalon Books was sold to Amazon, but our blog continues! Stop by and learn more about our latest releases and the highs and lows in our (author) lives. Also, don't hesitate to get in touch by leaving a comment. We love to hear from you!

In summer 2012, several Avalon authors decided to write a novel together - one chapter at a time. It was great fun, and you can now enjoy all chapters of the novel in one place (including the unexpected end!). Just click the link for the Avaloner Online Novel.